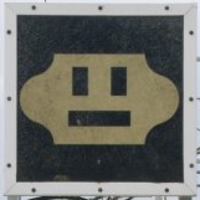 The last Z6400 GCO ensures a "NOIS" mission to Noisy-le-Roi.

The last Z6400 GCO ensures a "NOIS" mission to Noisy-le-Roi.

Mar 10, 2019
The Grande ceinture Ouest line (French - Ligne Grande ceinture Ouest, or GCO) is a 10km long section of the Grande Ceinture de Paris, located in Yvelines and reopened to the public on 12 December 2004, after being closed to passengers for 68 years. Managed by the SNCF, it links Saint-Germain-en-Laye (gare de Grande-Ceinture) to Noisy-le-Roi, via Saint-Nom-la-Bretèche. Attendance to this line linking no significant pole is low since its reopening. Nevertheless, the line, through the many innovations it has, is a showcase for the SNCF. Its extension is planned north and south from 2020, but in the form of a tram-train, as part of the 13th Express project of the Ile-de-France tramway (T13 Express). The stations of this line are very beautiful with the passenger station buildings (as can be seen in the picture in the background, it is the station of Saint-Germain-en-Laye Grande Ceinture, one of the two terminus of the line) which are more or less identical. To ensure the operation of the line, Transilien SNCF put into service three EMU Z 6400 type, extracted from the 75 total trains. These three EMU (Z 6479/480, 6481/482 and 6483/484) provide service on the Grande Ceinture Ouest line (GCO) after having been completely renovated in the industrial equipment maintenance facility of Saint-Pierre- des-Corps (Indre-et-Loire).

This equipment is similar to the one that runs on several lines starting from the station Saint-Lazare, but the interior layout has been completely modified: the oars have a completely redesigned interior layout to diversify the spaces and to improve the circulation in the rame, with interior design (walls, floors, ceilings) modernized, new seats with dividers and new arrangements in rotunda, square, duo and solo with shelf and orientation to the window (272 seats). They also have places for wheelchairs and strollers, points of attachment for bicycles. They have the advantage of having intercirculation between cars, which allows travelers to freely access from one car to another and gives a better visibility of the entire train. Cars are accessible from the dock in complete autonomy for people with reduced mobility or families with strollers, on doors marked with an orange "berlingot". The latter are located at the station at a partial elevation of the wharf. The Z 6400 GCO trainsets are equipped with tinted windows, without transverse support bars to improve visibility, and are air-conditioned (refrigerated ventilation system) maintaining a pleasant temperature in the train.

Each train has a video surveillance system on board and outside a "livery", which is in the spirit of that used for renovated equipment Transilien.