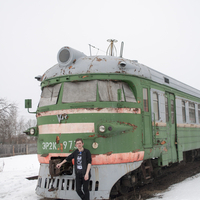 Feb 16
The Moscow suburban system is experiencing serious stress during rush hour, when people from the suburban cities of the Moscow region go to work or study in Moscow in morning and back in the evening after the end of the working day. Huge crowds of people storm electric trains, which leads to crowds in the cars and problems in getting into the car. Upon arrival in Moscow, people from electric trains descend into the subway and the whole mass of people begins to storm the subway cars, which leads to delays in the subway trains with a strict schedule and intervals. To solve this problem, a project of Moscow Central Diameters was created, which will run along the existing suburban lines of the Moscow Railway and interconnect the nearest cities of the Moscow Region, passing through Moscow and connecting the main lines of all suburban directions. In the project, this allowed unloading the subway from the passenger flow, as well as making intervals between trains for 5 minutes. For the functioning of the system, EG2Tv Ivolga electric trains were launched with an air conditioning system and a modified interier design, unlike most suburban electric trains. All EG2Tv belong to the Central Suburban Passenger Company, which is engaged in suburban transportation in the Moscow region. At this stage, 2 diameters have been launched (D1 and D2), the remaining lines are now being reconstructed and interconnected in accordance with their plan. However, when the system was launched on the first day, serious problems occurred due to which there was a crowd of people in the cars, delays in the departure of trains. This is due to the fact that at the time the system was launched, EG2Tv electric trains built only 37 trains (37 trains for 2 diameters, each of which was 80 km long!!!), which is why the Russian Railways hastily provided its electric trains for Central Suburban Passenger Company. There was a problem with tickets, because of which people could not get through the turnstiles or transfer from Diametr to the metro. At the moment, many problems are being eliminated, and the Tver Carriage-Building Plant produces EG2Tv for Diameters, however, these volumes are still not enough and they are compensated by electric trains of other companies (Russian Railways, Aeroexpress, REKS). The internal problem remains for railway workers in that in such a schedule it has become problematic to travel long-distance passenger trains, freight trains and commuter trains that are not related to Diameters.
Facebook
Twitter
Google+
Pinterest
Please log in to your account or sign up to like this picture or leave a comment