Thank you for the compliments. 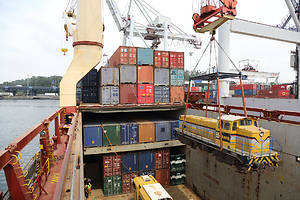 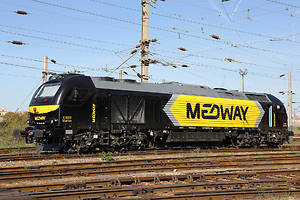 Shunting at Devesas station. 1st week of service in the North. 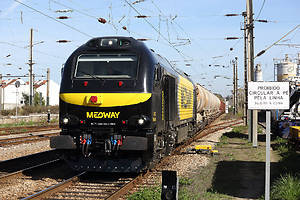 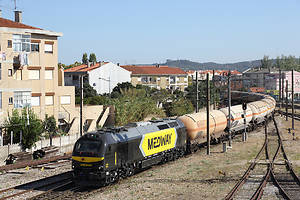 Arriving at it's destination. 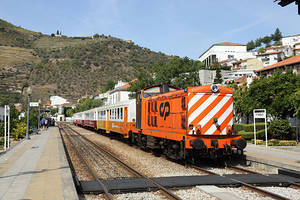 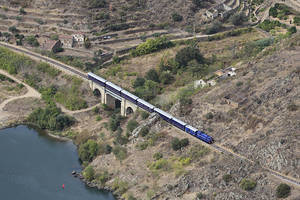 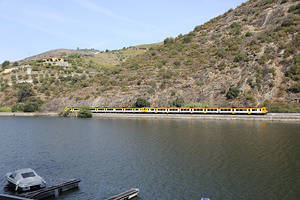 Double of 592 after passing Bagaúste dam. 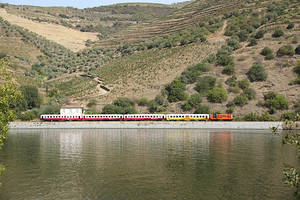 The Miradouro on it's way to Pinhão. 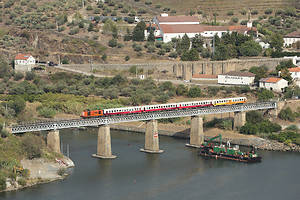 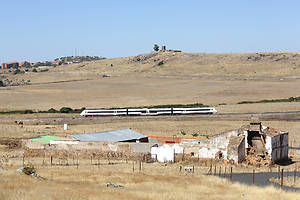 Regional train about to arrive Cáceres. 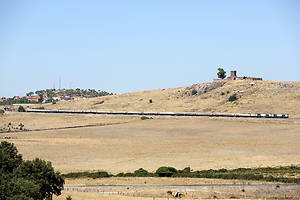 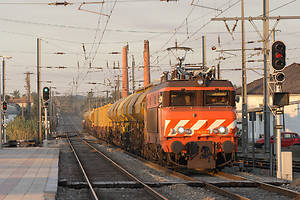