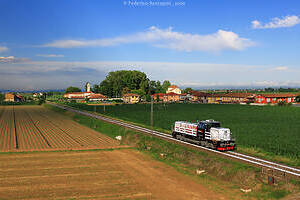 Test Run from Verona via Felizzano and Cuneo to Busca

RZD EP20 067
pic comment4 days
4 days
Interesting to see that they changed some design in the last produced EP20s. Is this a new batch of Locomotives?

FS ALn 501 011
pic comment6 days
6 days
Since the 14th of June the marvellous Cuneo-Ventimiglia/Nizza line reopened service with 4 daily trains between Turin, Cuneo and Ventimiglia. The line was suspended after the service reductions due to the Corona-Virus disease. Although many works on the italian railway network during the service suspension, the line has not been touched, and its infrastructure remains in a really bad shape. There's a 40km/h speed restriction in the french section, and a 10km/h speed restriction in the Paganin tunnel between Saint-Dalmas-de-Tende and Fontan-Saorge.
But there's hope. The line has been candidated as one of the italian "places of heart" by the Italian "National Trust of Italy" fund (FAI). Everybody is invited to vote for this beautiful line. You only need one click!
Vote here: https://www.fondoambiente.it/luoghi/..e?ldc

In the picture, the couple of italian class ALn501.011+056 as regional train 22986, descending from Limone Piemonte, passing on the majestic Rivoira Viaduct near Vernante. 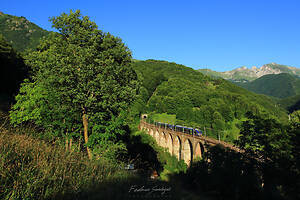 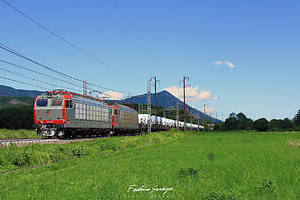 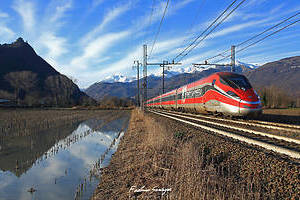 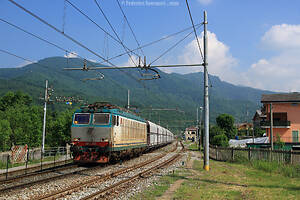 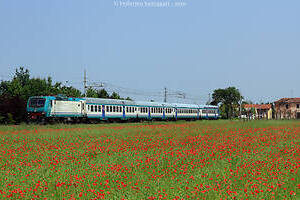 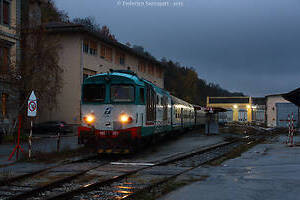 Last transfer run before the closure of the Locomotive Depot

BNSF ET44C4 3840
pic commentMay 2
May 2
@Maersk.146 Other countries, other regulations. Thanks for the explanation! 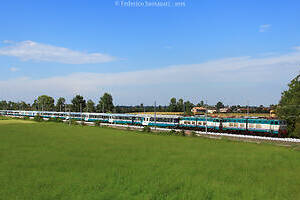 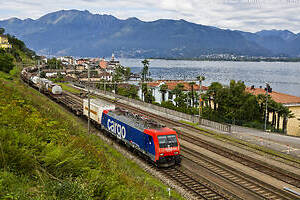