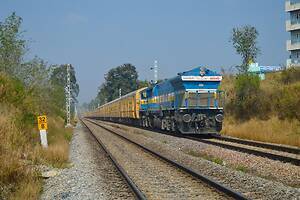 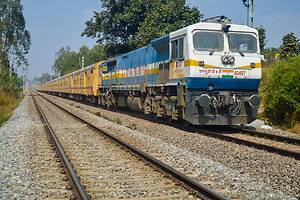 Am express train to Bangalore speeds past Bhairanayakanahalli.

IR WDG-4D 70552
pic commentFeb 2, 2019
Feb 2, 2019
@Simone.Prandi Thanks! This is the RoRo service on the Konkan Railways. The trucks are loaded on to flat bed wagons and transported. Reduces the driving risk of trucks through tough terrains, saves time and fires. A popular way of transporting the Western coast on India. 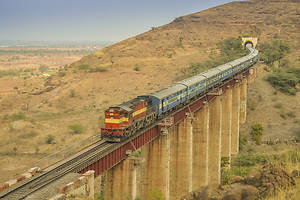 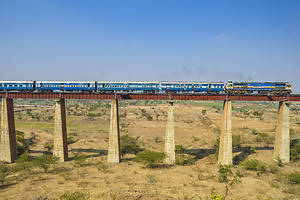 Koyna Express to Kolhapur passes thru a viaduct. 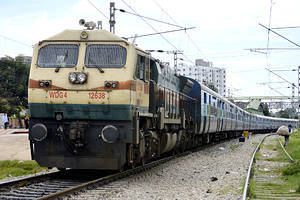 An express train towards Bangalore at Nayandahalli Stn. 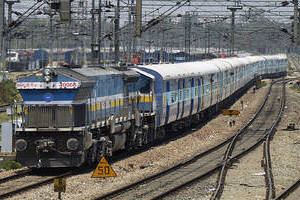 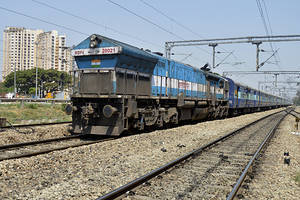 Basava Express to Mysore at YPR. 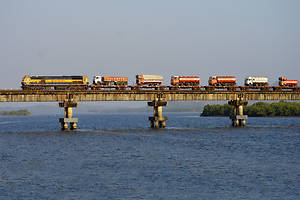 A Roll on-Roll off service crosses the Kali river in Karwar. 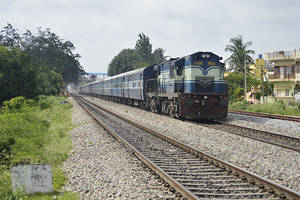 A express train led by a WDG-3A. 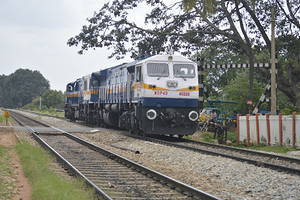 The latest DP4Ds coming back from trial runs! 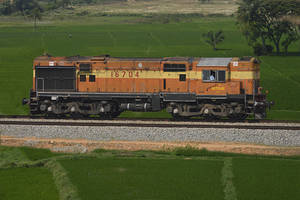 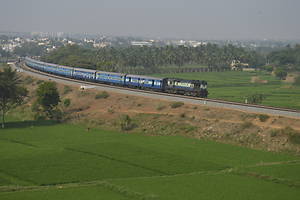