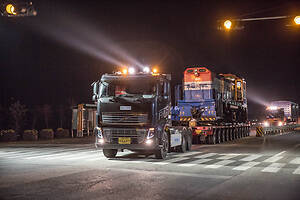 KORAIL-Korea Army are practicing the moving of switcher by road 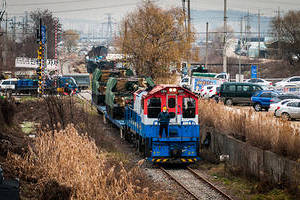 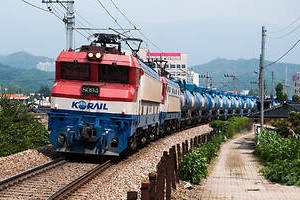 Korail 7300 7359
pic commentAug 14, 2016
Aug 14, 2016
I caught #3093 train on Donghaenambu line, Ulsan, S. Korea.
It usually carrys 20~30 containers which are loaded with product for export manufactured at Ulsan Industrial Complex. Those flat cars are
moved to Taehwagang station from Ulsan port branch shortline by switcher and handed over to the main locomotive bound for Busan port. The empty bridge on the left side is a part of remodelling the line into a electrified double track. 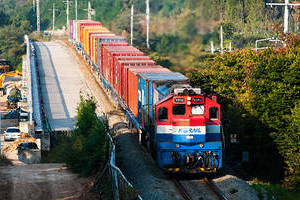 Container train heading for the Port of Busan. 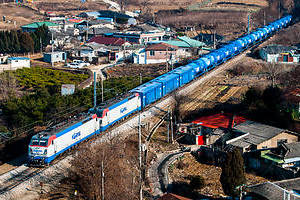 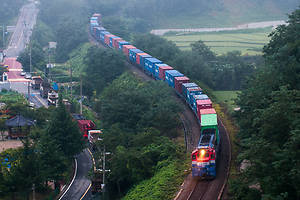 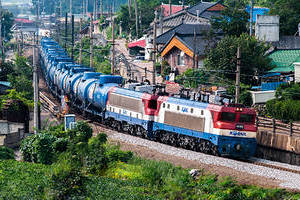 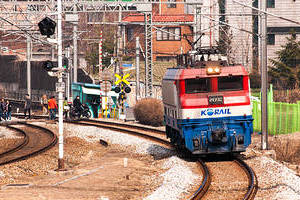 8092 is going back to the depot after hard working.

Korail 7600 7610
pic commentFeb 7, 2015
Feb 7, 2015
@pwormald This is 'A-Train', tourist train made for Jeongseon Line. Korail had remodelled the normal 7600 loco and Mugunghwa passenger cars to fulfill its tourism purposes. It started early in January. Jeongseon Line doesn't have a turntable, and has steep line and many curves. So Drivers had to operate the train in harsh circumstances with GT26CW series which only has single cab especially at return trip. But 7600 series have dual cab, so it can provide a better condition.

Korail 8100 8101
pic commentNov 1, 2014
Nov 1, 2014
This locomotive is '8101', based on Siemens ES 64. There are only 2 8100 series loco(8101, 8102) in korea because it is prototype for assessing the localized ability of vehicle. The result of test and improved elements are applied to next 8200 series. Because of frequent malfunction 8100 series spend most of their time in the depot. This had given company grest loss, so finally Korail overhauled 8101's units, It rolled out again early in 2014 but 8102 is still in the depot.
8101 is very famous locomotive to Korean railfans, because it is the sole loco which is still keeping korail's old painting(green&yellow).
It is very hard to see the scene of pulling frieght cars with 8100 series. 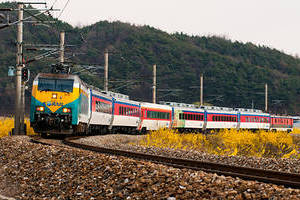 8101 is pulling passenger cars toward Seoul.