Train Merano - Malles under the castle of Castelbello 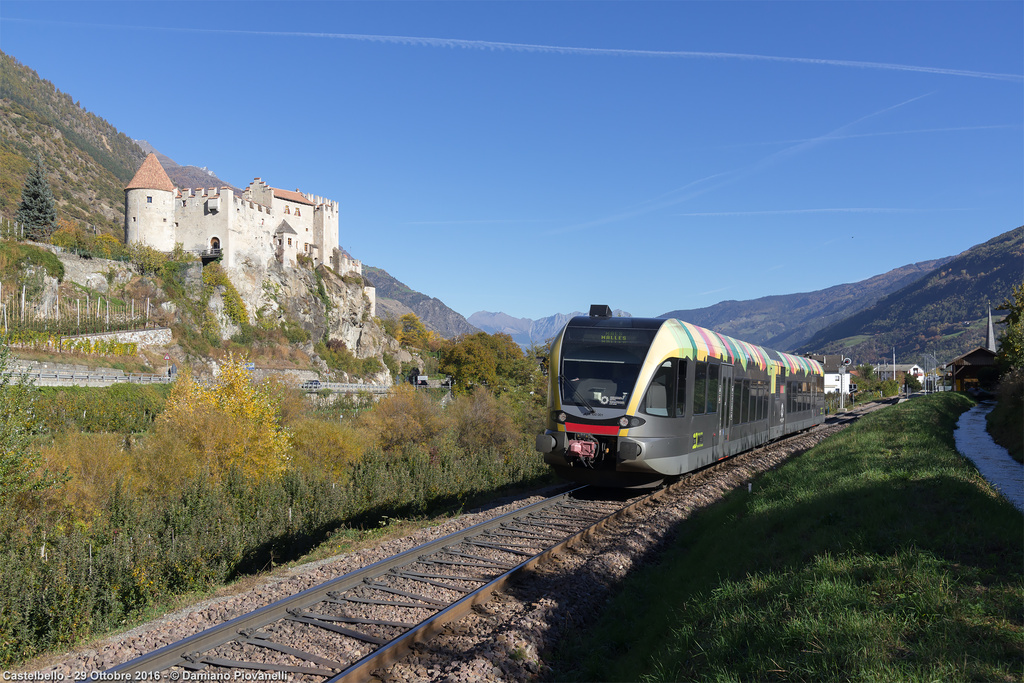 Boron local reversing to borax mine 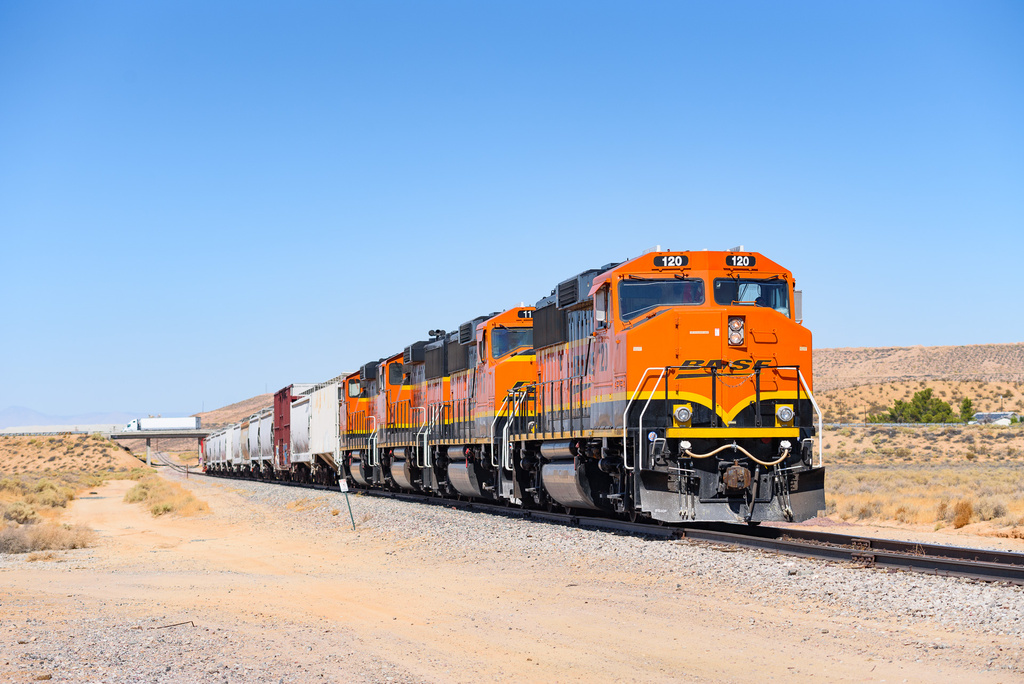 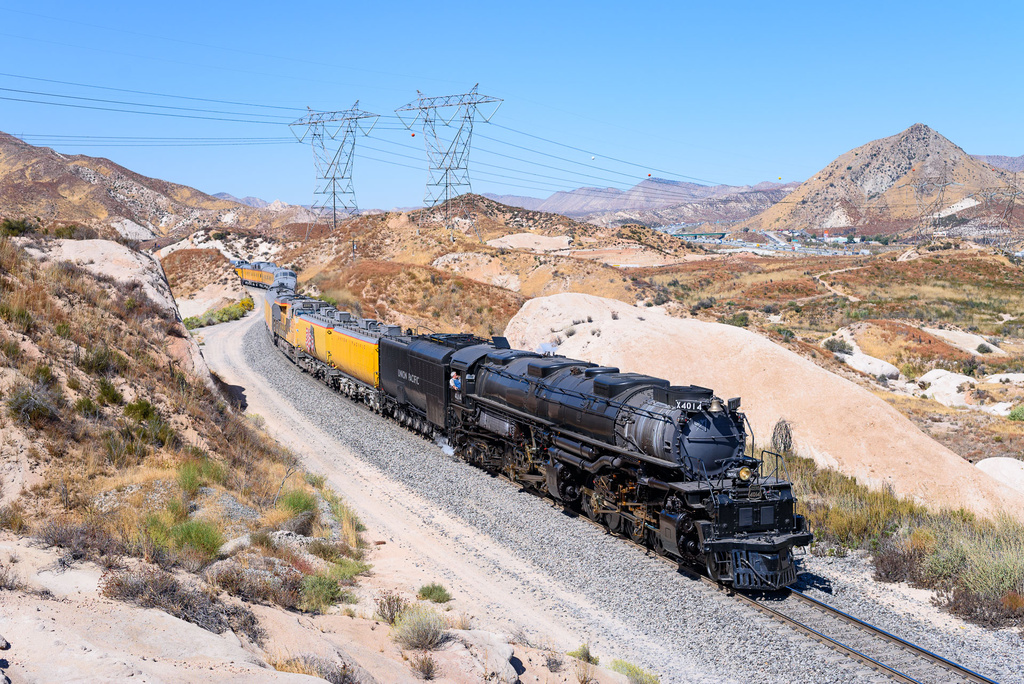 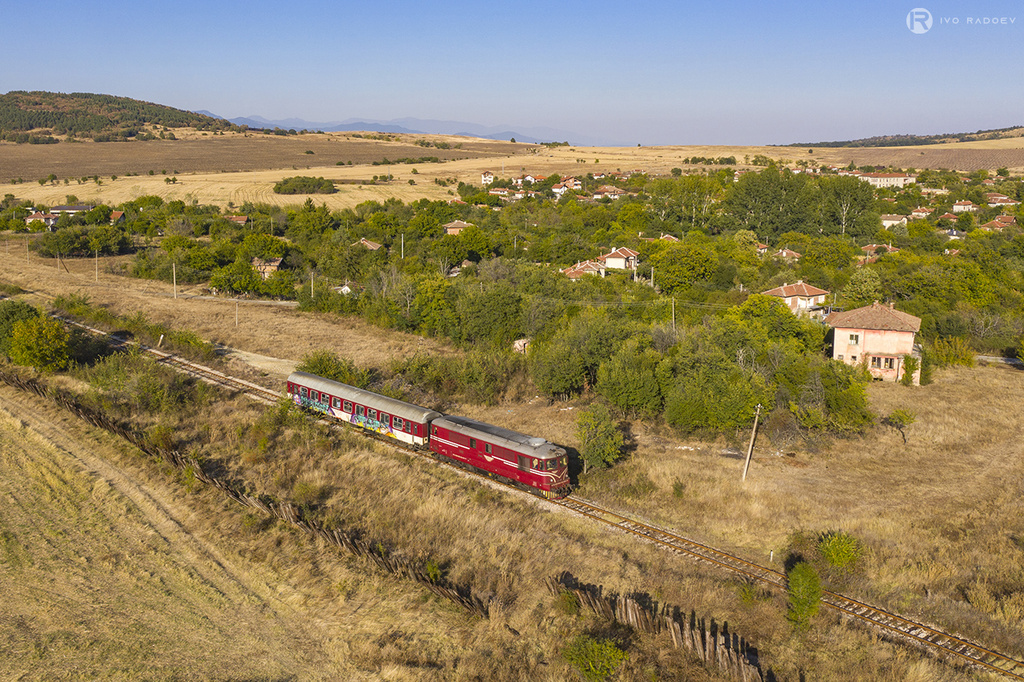 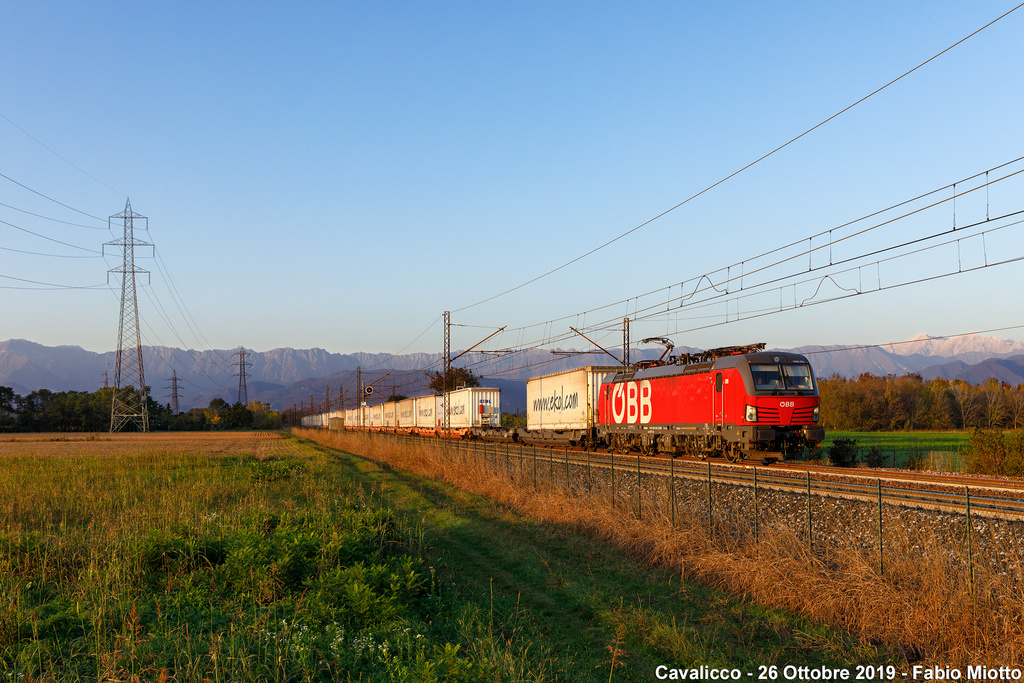 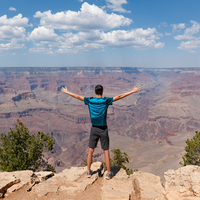 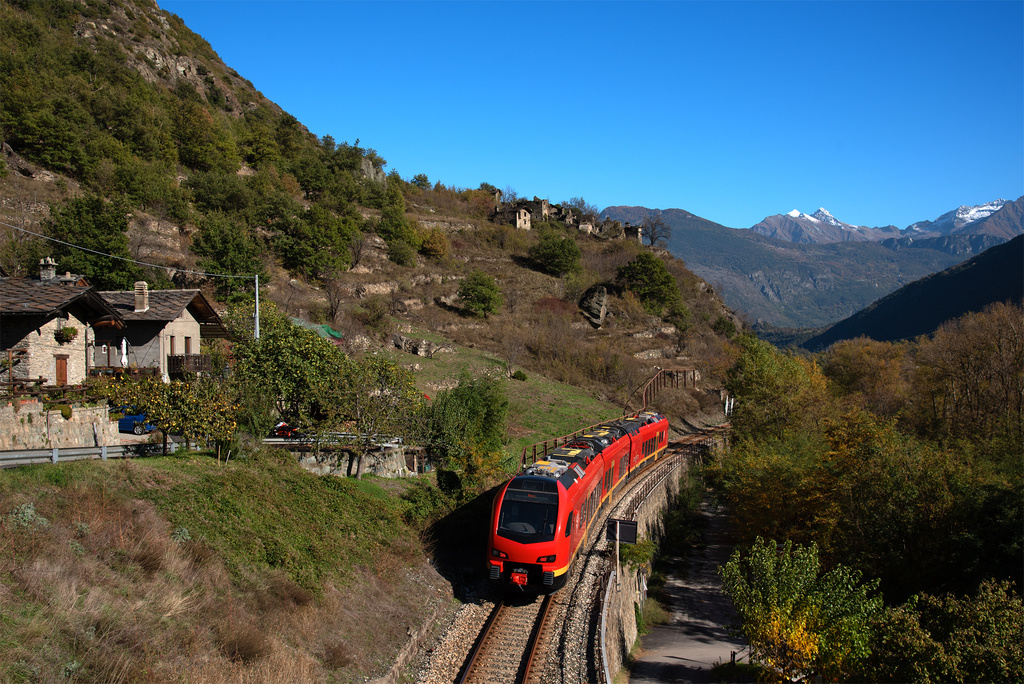 Trona Railway afternoon train coming to interchange cars with UP 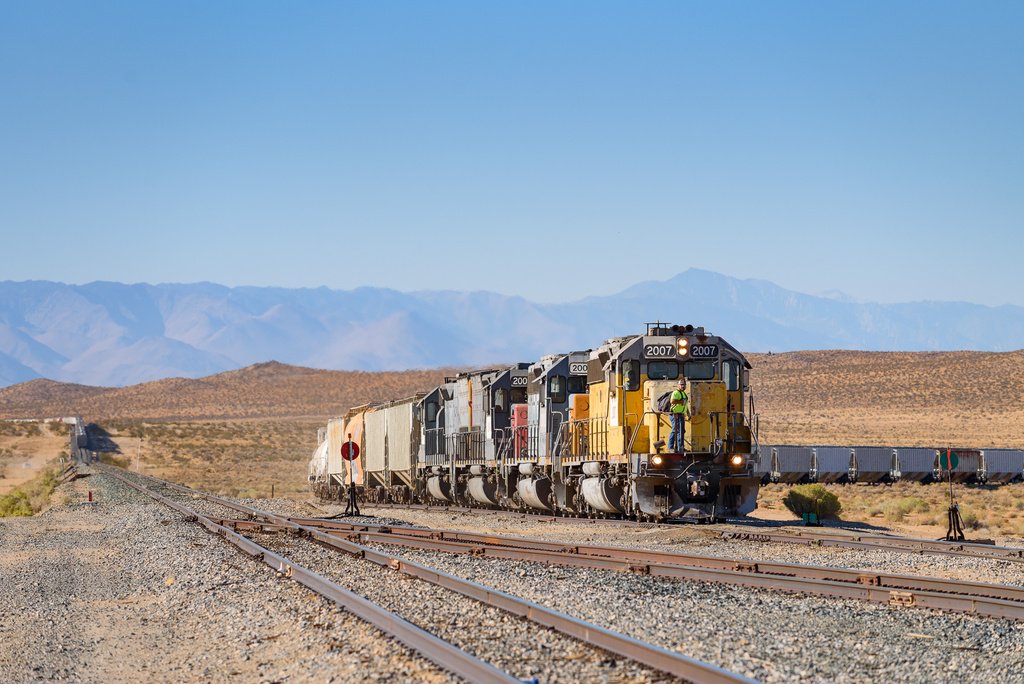 Searles - a place in the middle of nowhere at California's Mojave Desert. There is only one thing there - a railroad junction. Nothing else, not even one building. Only railroad junction and desert. Searles in located on Union Pacific's Lone Pine subdivision, a branch line originating from the town of Mojave and once reached all the way to Lone Pine, but nowadays is cut back till Searles. From there, another branch continues towards Trona, a small mining community served by Trona Railway. They carry wide range of minerals from mine at Trona and make an interchange with Union Pacific at Searles. On this picture you can see Trona Railway freight train with ex-UP and SP locos having just arrived from mine and are now preparing to shuffle cars around, before taking new cars back to mine. On left is former Lone Pine extension, but is now used only as dead end for storage. 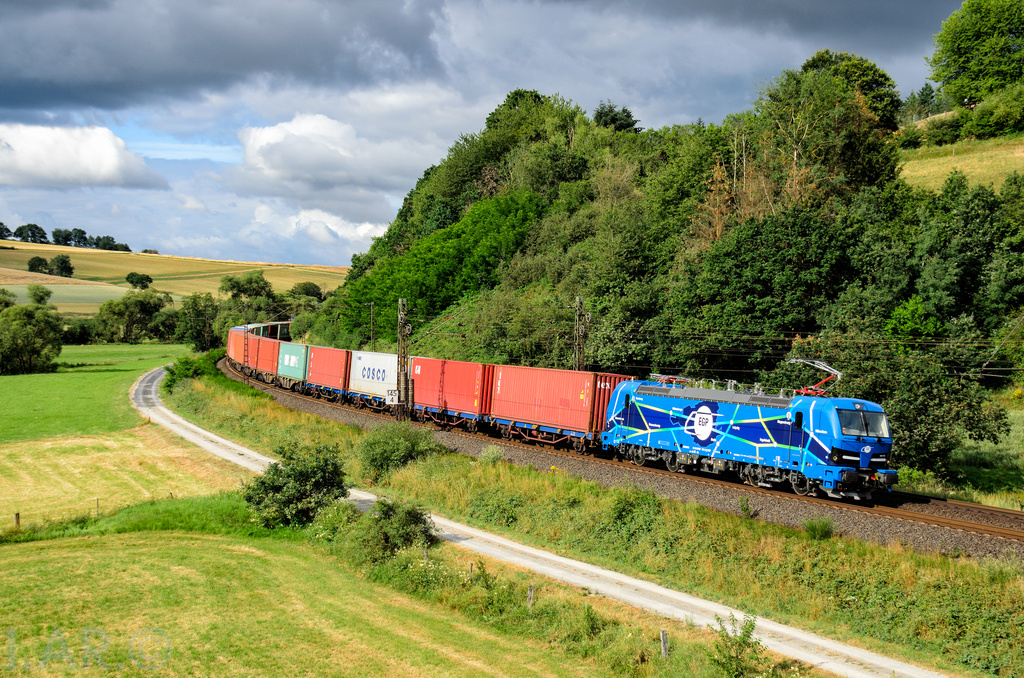 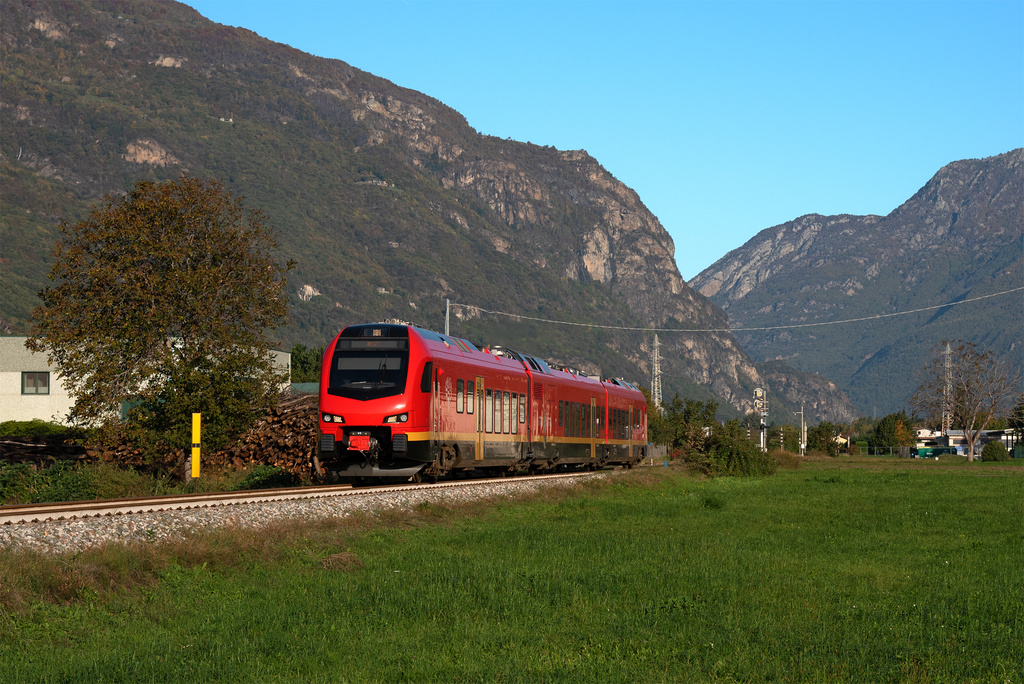 31271 stands in the plarform at Llangollen 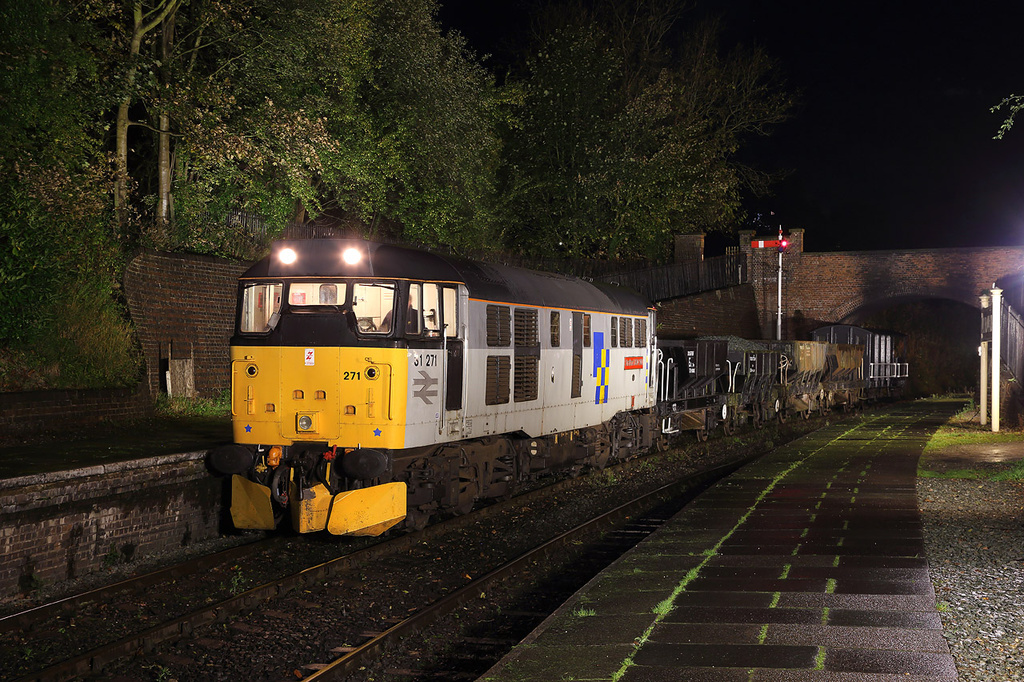 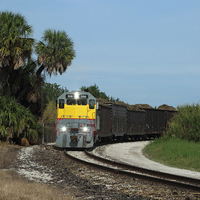 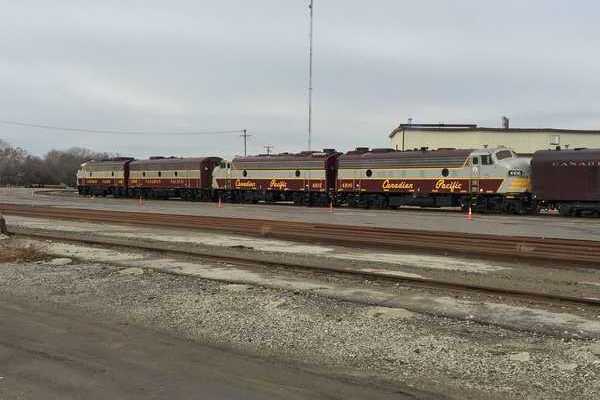 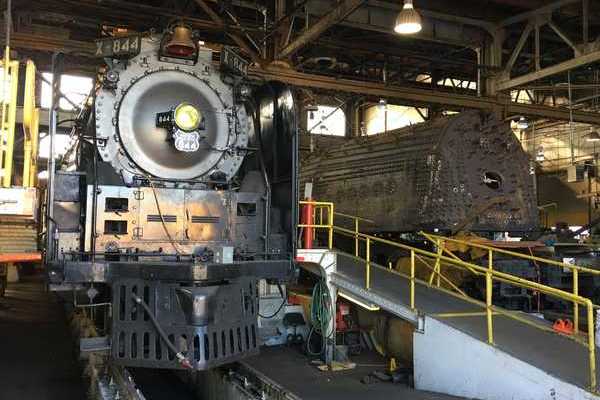 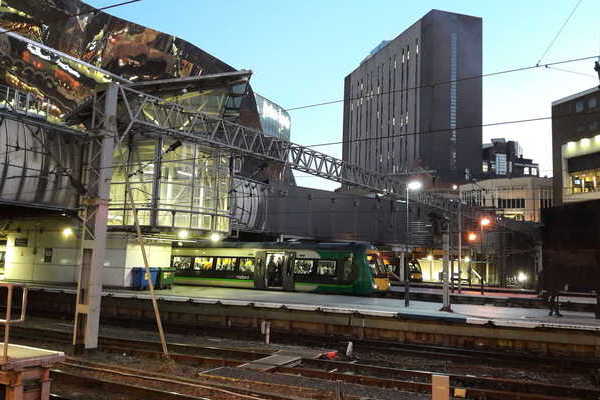 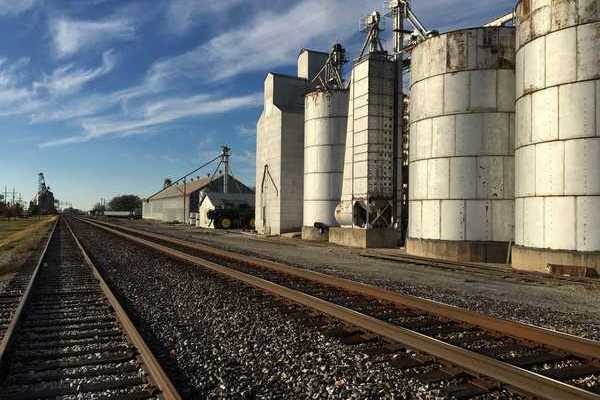 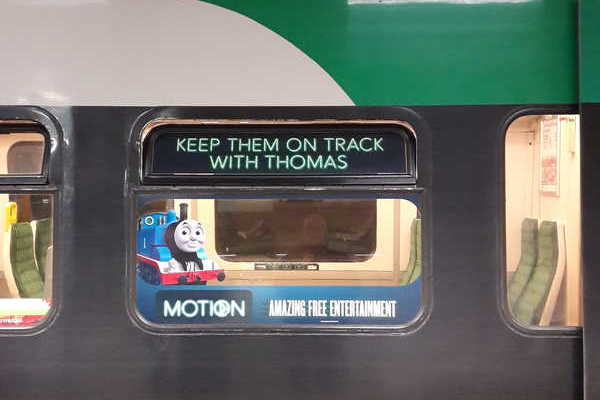